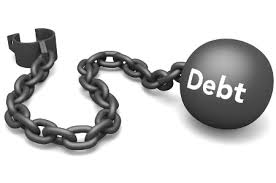 Here are some sobering figures from John Burns Real Estate Consulting on how the meteoric rise in student loan debt is having a very appreciable effect on the housing market.

John Burns Real Estate Consulting estimates that student debt will cost the housing industry approximately $83 billion in sales in 2014.  What is particularly troubling is that households that pay $750 or more for college loan debt each month are priced out of the housing market entirely.  This is consistent with what is seen in mortgage application approvals.  Anthony Hsieh, the chief executive of LoanDepot.com has stated: “Between the approved universe and the denied universe, the [borrower’s] credit is the same. The fundamental difference is a few hundred dollars in student loan debt that pushed the debt-to-income above the approved threshold.”

This trend does not seem likely to abate either.  With college debt increasing by about 6% every year, there is every reason to believe this trend will continue, and probably worsen, John Burns Real Estate Consulting reports.  For this year alone, the John Burns Real Estate Consulting report estimates that heavy college debt will reduce real estate sales by 8% for this year.

Increasingly, the chances of younger generations living better than their parents (at least materially speaking) is no longer very promising.