A San Diego police officer and his wife recently pleaded not guilty to accusations that they trashed their foreclosed home in Riverside County, taking $44,000 in appliances and fixtures with them when they moved out.  Both have been charged with one felony count of damaging or carrying away items from a foreclosed property.  Damage was estimated at over $165,000.

If convicted, they could face up to four years in prison.  As reported in the Press-Enterprise and the Signon Sand Diego, the damage included stones smashed off the facade, dye poured on carpets, wiring pulled out of walls, spray-painted the walls, cut and chopped-down shrubs tossed in the backyard swimming pool, and pulled out electrical wires and cut them. 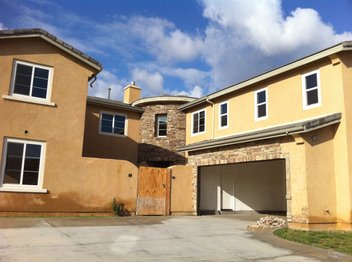 Supervising Deputy District Attorney Arthur Chang said the damage was "indicative of a great deal of maliciousness and bitterness."  Robert Acosta’s attorney, Albert Arena, raised questions about the ownership of the property and the conduct of the Acostas’ lender. He said it was "a stretch" to charge the couple with a crime

Riverside County authorities said this is the only case they can recall in which a former homeowner has been charged with a crime for damage to a foreclosure.

While a likely majority of homeowners in Arizona will be protected by the anti-deficiency statutes in the event of a foreclosure, if a homeowner causes "waste," the lender can seek recourse against those borrowers.  It will be interesting to see whether criminal charges become more prevalent as the foreclosure crisis continues.